Display of up to four Single-Head video signals on one monitor.

Easy Switching
Real-time switching between the video sources is done by keyboard commands. External control options are possible via API or the GPIO interface.

Fail-safe and space-saving
The Draco MultiView 4K60 has redundant power supply and extensive SNMP options for status monitoring (video, PSU and switching status). It is build for 24/7 operation. 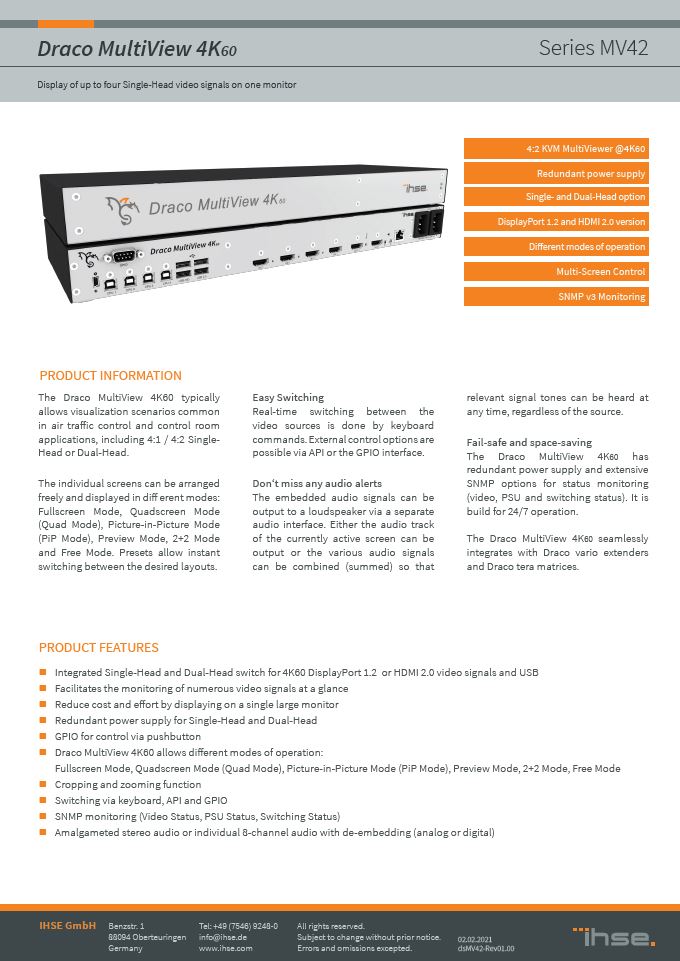 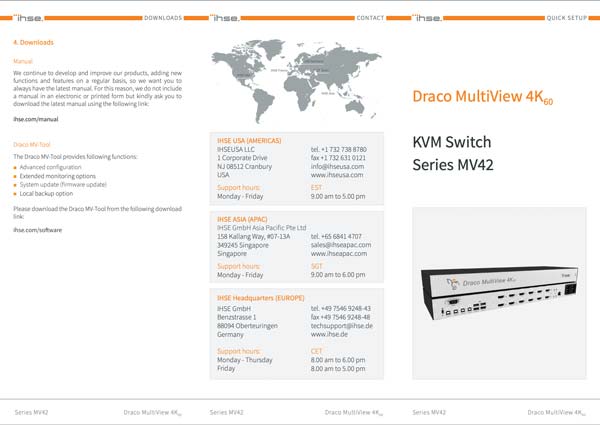 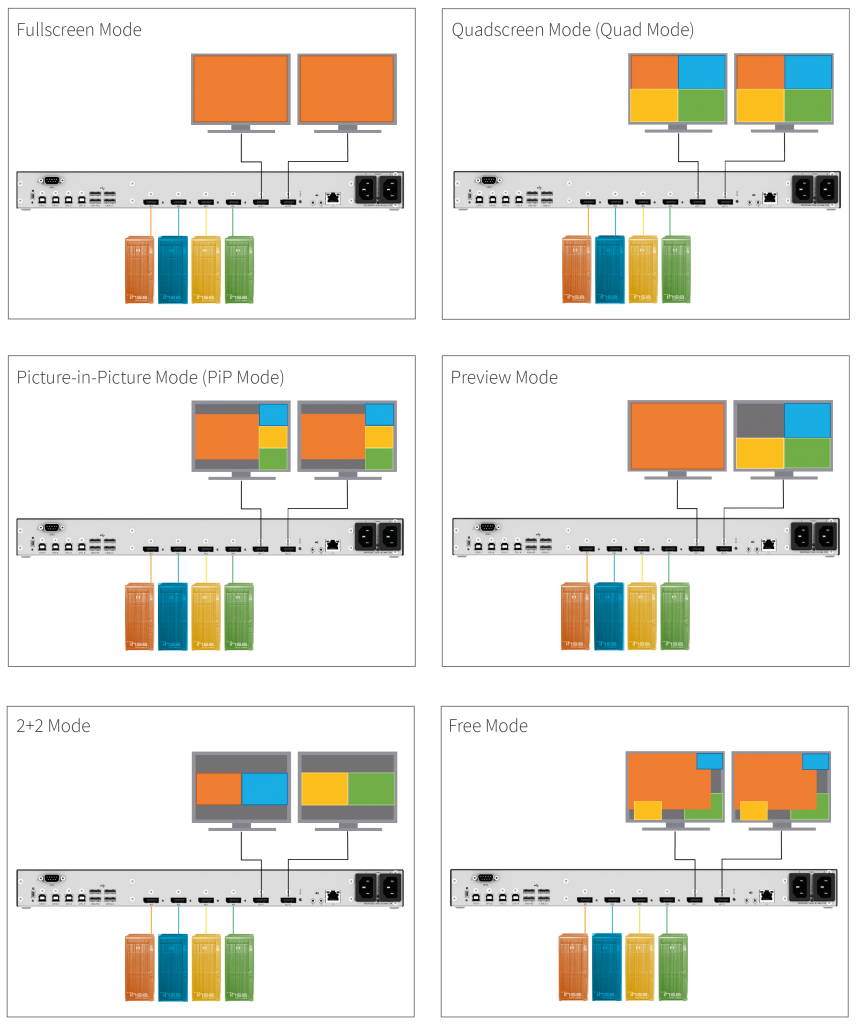 Fullscreen mode
Two independent monitors can each display any of the four input video signals (up to 4K).

Picture-in-picture mode (PiP mode)
The main source image is presented on the left two thirds of the screen (in unchanged proportions). The three other sources are arranged vertically on the right edge of the screen. The second display duplicates the first.

Preview mode
The first screen shows one of the video sources as a preview image, the other three sources are shown on the second screen in a 2×2 arrangement.

Picture-by-picture mode (2+2 mode)
The four sources are split across two screens. Both monitors show two video sources side by side.

Free mode
Both screens initially show all four video sources in a classic quad-screen layout (2×2). Each individual video source can be repositioned, resized, cropped and zoomed as required by the user. Four layout formats can be saved and recalled by user selection.

Everything you want to know about IHSE's Draco MultiView 4K60

The Draco MultiView 4K60 enables simultaneous operation of several computers from a single workstation by combining the functionality of a classic multiviewer with a desktop switch. It is capable of handling ultra-high-resolution video display up to 4K/UHD at 60 Hz frame rate. 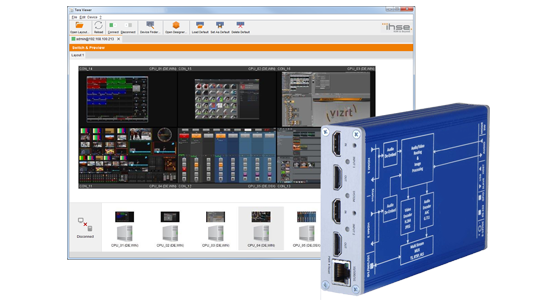