The Draco CPU Switch allows you to switch between eight VGA computers together with the respective audio and USB signals. It also comprises the extension of the selected and digitized signal to a remotely located workstation.

The Draco CPU switch allows switching between eight VGA computers together with the respective audio and USB signals. The Draco CPU switch replaces eight traditional KVM extenders: Eight computers are connected by VGA cables to the CPU Unit which is further connected to a user workstation by one interconnect cable. The operator can access any of the eight connected sources from the console. The extender operates as an 8-input, 1-output KVM switch and includes front-panel LEDs to indicate the active computer. Analog VGA signals are converted to DVI-D within the extender and scaled using Draco vario image scaling which is ideal for modern, high-resolution monitors.

In addition, the Draco CPU switch comprises eight USB-HID/USB 2.0 embedded (36 Mbit/s) ports, as well as eight bidirectional analog audio ports. A further USB 2.0 port (480 Mbit/s) on the extender allows storage devices to be connected locally. An attached USB device is logged into the active computer making it possible to transmit data (e.g. important system updates) from a single USB device to all computers under control of the workstation. 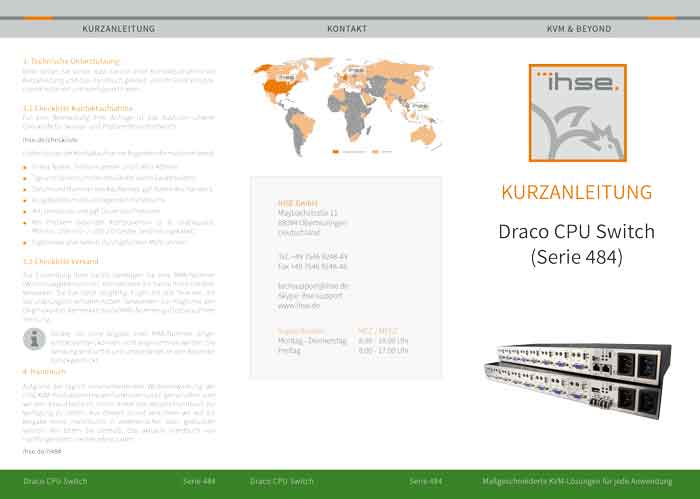 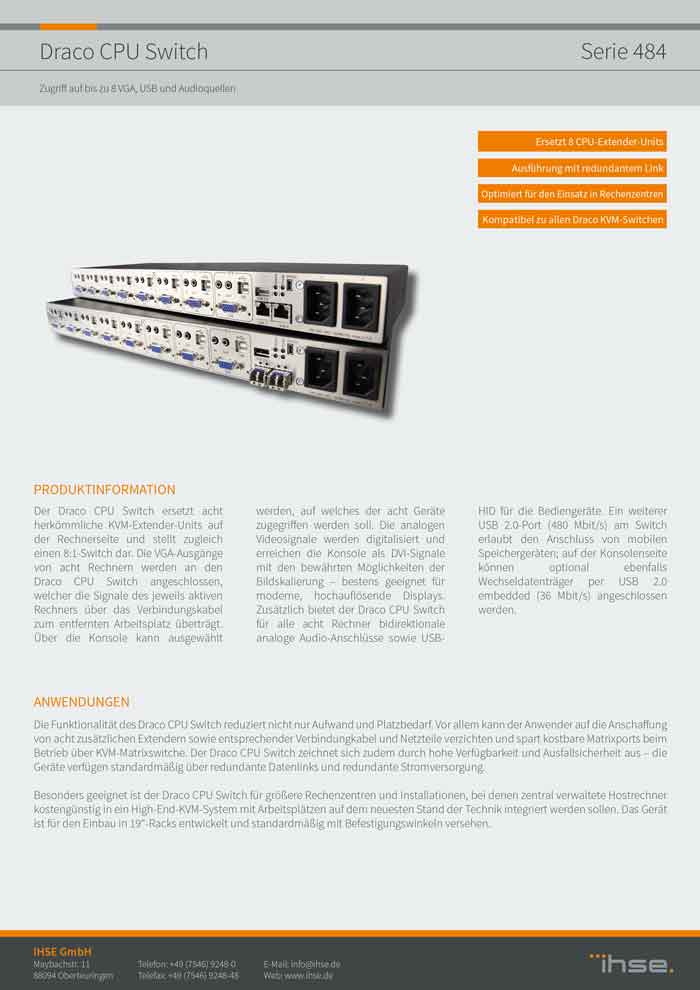 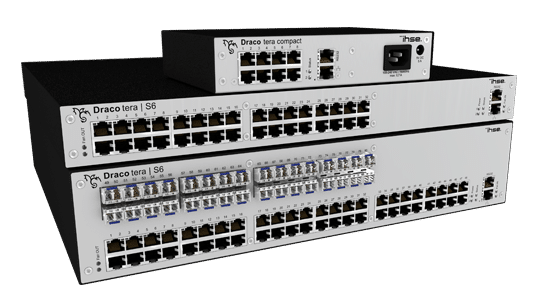 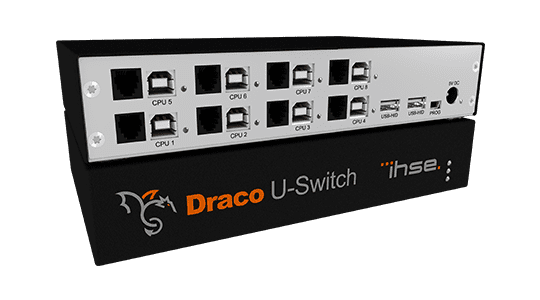